Berita Video Foto Live Toggle navigation. Diana - The legend is never the whole story. Is it possible to make a movie both histrionic and dull? The film, based on a book by Kate Snell, looks at the romance between a heart surgeon and the Princess of Wales, who comes across here as a lovesick, clingy stalker by her own admission during the two years leading up to her death. Naomi Watts plays the title character, and she works hard to mimic Diana's head tilt, sidelong glances and inflection, but her efforts seem wasted given the soap opera dialogue and frivolous plot. When she meets surgeon Hasnat Khan Naveen Andrews , it's love at first sight — for her, at least.

She starts learning about medicine and jazz, two of his passions, while he maintains an aloof demeanor. When he does come around, the romance turns out to have neither heat nor heart as Watts and Andrews generate virtually no chemistry. Of course, we know the match turned out to be star-crossed. When Diana died in a car crash, she was with Dodi Fayed, her boyfriend at the time. She asked where I had learned to speak English so well, and was confused when I said that Nigeria happened to have English as its official language. She asked if she could listen to what she called my "tribal music," and was consequently very disappointed when I produced my tape of Mariah Carey.

I must say that before I went to the U. But in the U. Never mind that I knew nothing about places like Namibia. But I did come to embrace this new identity, and in many ways I think of myself now as African. Although I still get quite irritable when Africa is referred to as a country, the most recent example being my otherwise wonderful flight from Lagos two days ago, in which there was an announcement on the Virgin flight about the charity work in "India, Africa and other countries. So, after I had spent some years in the U.

A naturalist cuts through the myths surrounding the invasive plant

If I had not grown up in Nigeria, and if all I knew about Africa were from popular images, I too would think that Africa was a place of beautiful landscapes, beautiful animals, and incomprehensible people, fighting senseless wars, dying of poverty and AIDS, unable to speak for themselves and waiting to be saved by a kind, white foreigner.

I would see Africans in the same way that I, as a child, had seen Fide's family. This single story of Africa ultimately comes, I think, from Western literature. Now, here is a quote from the writing of a London merchant called John Lok, who sailed to west Africa in and kept a fascinating account of his voyage. After referring to the black Africans as "beasts who have no houses," he writes, "They are also people without heads, having their mouth and eyes in their breasts.

Now, I've laughed every time I've read this. And one must admire the imagination of John Lok. But what is important about his writing is that it represents the beginning of a tradition of telling African stories in the West: A tradition of Sub-Saharan Africa as a place of negatives, of difference, of darkness, of people who, in the words of the wonderful poet Rudyard Kipling, are "half devil, half child.

And so, I began to realize that my American roommate must have throughout her life seen and heard different versions of this single story, as had a professor, who once told me that my novel was not "authentically African. In fact, I did not know what African authenticity was. The professor told me that my characters were too much like him, an educated and middle-class man. My characters drove cars. They were not starving.


Therefore they were not authentically African. But I must quickly add that I too am just as guilty in the question of the single story.


A few years ago, I visited Mexico from the U. The political climate in the U. And, as often happens in America, immigration became synonymous with Mexicans. There were endless stories of Mexicans as people who were fleecing the healthcare system, sneaking across the border, being arrested at the border, that sort of thing. I remember walking around on my first day in Guadalajara, watching the people going to work, rolling up tortillas in the marketplace, smoking, laughing.

And then, I was overwhelmed with shame. I realized that I had been so immersed in the media coverage of Mexicans that they had become one thing in my mind, the abject immigrant. I had bought into the single story of Mexicans and I could not have been more ashamed of myself. So that is how to create a single story, show a people as one thing, as only one thing, over and over again, and that is what they become. It is impossible to talk about the single story without talking about power. There is a word, an Igbo word, that I think about whenever I think about the power structures of the world, and it is "nkali.

Power is the ability not just to tell the story of another person, but to make it the definitive story of that person. The Palestinian poet Mourid Barghouti writes that if you want to dispossess a people, the simplest way to do it is to tell their story and to start with, "secondly. Start the story with the failure of the African state, and not with the colonial creation of the African state, and you have an entirely different story.

I recently spoke at a university where a student told me that it was such a shame that Nigerian men were physical abusers like the father character in my novel. I told him that I had just read a novel called "American Psycho" —. But it would never have occurred to me to think that just because I had read a novel in which a character was a serial killer that he was somehow representative of all Americans. This is not because I am a better person than that student, but because of America's cultural and economic power, I had many stories of America.

I had read Tyler and Updike and Steinbeck and Gaitskill. I did not have a single story of America. When I learned, some years ago, that writers were expected to have had really unhappy childhoods to be successful, I began to think about how I could invent horrible things my parents had done to me. But the truth is that I had a very happy childhood, full of laughter and love, in a very close-knit family. But I also had grandfathers who died in refugee camps. My cousin Polle died because he could not get adequate healthcare. One of my closest friends, Okoloma, died in a plane crash because our fire trucks did not have water.

I grew up under repressive military governments that devalued education, so that sometimes, my parents were not paid their salaries.

enter And so, as a child, I saw jam disappear from the breakfast table, then margarine disappeared, then bread became too expensive, then milk became rationed. And most of all, a kind of normalized political fear invaded our lives. 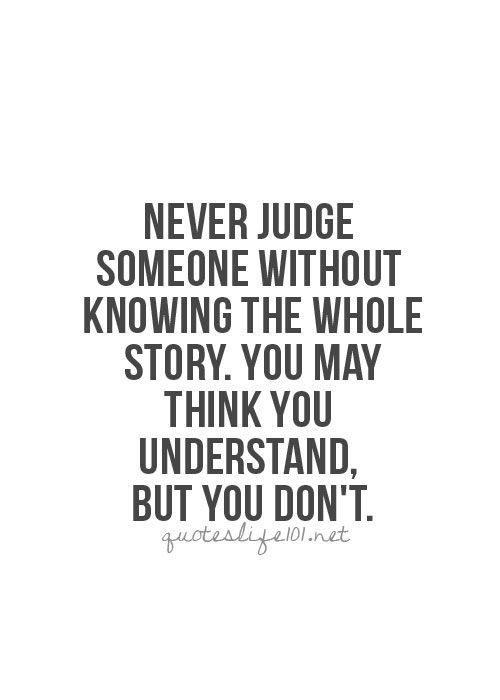 All of these stories make me who I am. But to insist on only these negative stories is to flatten my experience and to overlook the many other stories that formed me. The single story creates stereotypes, and the problem with stereotypes is not that they are untrue, but that they are incomplete.

They make one story become the only story. Of course, Africa is a continent full of catastrophes: There are immense ones, such as the horrific rapes in Congo and depressing ones, such as the fact that 5, people apply for one job vacancy in Nigeria. But there are other stories that are not about catastrophe, and it is very important, it is just as important, to talk about them.

I've always felt that it is impossible to engage properly with a place or a person without engaging with all of the stories of that place and that person. The consequence of the single story is this: It robs people of dignity. It makes our recognition of our equal humanity difficult. It emphasizes how we are different rather than how we are similar. So what if before my Mexican trip, I had followed the immigration debate from both sides, the U.

What if my mother had told us that Fide's family was poor and hardworking? What if we had an African television network that broadcast diverse African stories all over the world? What the Nigerian writer Chinua Achebe calls "a balance of stories. What if my roommate knew about my Nigerian publisher, Muhtar Bakare, a remarkable man who left his job in a bank to follow his dream and start a publishing house? Now, the conventional wisdom was that Nigerians don't read literature.